A powerful Megadrive emulator for Android 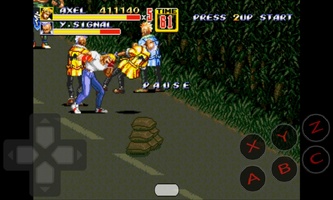 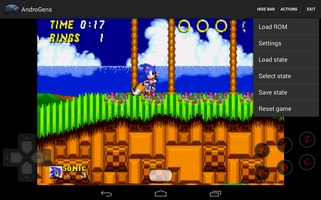 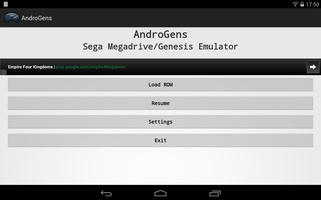 Advertisement
AndroGens is an open-source Megadrive emulator for Android that lets you enjoy practically the full catalogue for the legendary 16-bit game console right from your mobile device.

Among AndroGens's many features, players have the option to customize the on-screen button setup and save the game at any time thanks to the 'savestate' feature. What's more, AndroGens is perfectly compatible with any controller you hook up to your Android device.

Just as you'd expect, AndroGens lets you enjoy classic games like Streets of Rage, Mortal Kombat, Sonic, Earthworm Jim, and more. One thing to keep in mind, though, is that AndroGens doesn't come with any ROMs, so you'll have to find another way to download them.

AndroGens is a simple, light, and powerful Megadrive emulator that lets you enjoy one of the greatest game consoles ever released right on your Android device.
By Andrés López
The best free Mega Drive emulators for Android

Back in the day, we gave our recommendation for the best Super Nintendo emulators on Android, but with the recent announcement of the existence of Mega Drive Mini, it's time to turn our attention to SEGA's 16-bit games. While the company has taken the initiative to release many of its classic titles on the platform, there are tons of alternatives to play most of the catalog on our smartphones and tablets.
See more

Top! to play Sonic 2, my son love it! Thank you to the people who put this online, we love you!

The best program in the world